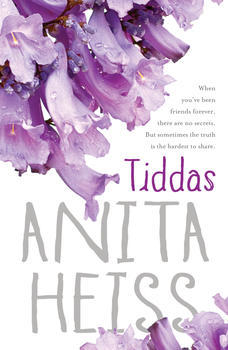 Synopsis- A story about what it means to be a friend …

Five women, best friends for decades, meet once a month to talk about books … and life, love and the jagged bits in between. Dissecting each other’s lives seems the most natural thing in the world – and honesty, no matter how brutal, is something they treasure. Best friends tell each other everything, don’t they? But each woman harbours a complex secret and one weekend, without warning, everything comes unstuck.

Izzy, soon to be the first Black woman with her own television show, has to make a decision that will change everything.
Veronica, recently divorced and dedicated to raising the best sons in the world, has forgotten who she is.
Xanthe, desperate for a baby, can think of nothing else, even at the expense of her marriage.
Nadine, so successful at writing other people’s stories, is determined to blot out her own.
Ellen, footloose by choice, begins to question all that she’s fought for.

When their circle begins to fracture and the old childhood ways don’t work anymore, is their sense of sistahood enough to keep it intact? How well do these tiddas really know each other?

Review- ‘Tiddas’ an Aboriginal word for sisters (or “sistas”) and is a powerful term that describes the connection between the five women in this Heiss novel. Despite the absence of a blood connection, Izzy, Nadine, Xanthe, Veronica and Ellen share a bond that has lasted a lifetime irrespective of proximity, family commitments and jobs. Growing up in Mudgee that have all found their way to the Brisbane area where they are trying to make the best of their circumstances and support each other via their monthly book club catch ups.

There’s a strong presence of Aboriginality in this novel, with most of the women identifying as Aboriginal and working in roles that support their local communities. I really enjoyed this aspect of the story and even though it did feel a little forced in the beginning, I did enjoy the more relaxed undertones that emerged through the book and the challenges that these women faced. I also admired their strength, their connection with their Aboriginal heritage and their determination to be good role models and advocate for those who are underprivileged. I found each of the women in the novel interesting, but I could most relate to and empathise with Izzy and Xanthe… perhaps because I work in the perinatal field I’m around pregnancy and new mums all the time, so their stories really stuck with me the most.

Izzy has just been offered a role as the first Aboriginal woman to have her own television show in Australia but discovers she is pregnant. It’s unplanned; her relationship with the baby’s father has never been made ‘official’ and becoming a mother was never part of her life plan. Her career was her life.

Xanthe is happily married to her English husband Spencer and after five years they are desperate to have a baby together, but the pregnancy just isn’t happening. I could completely understand her obsessiveness to conceive and the discomfort this caused for her friends. I could also relate to both Izzy and Xanthe’s emotional experience when Izzy announces her unplanned pregnancy. I liked how these two women manage to work through this and support each other.

Nadine was also a fascinating character, but one I believed experienced the least growth, presumably because the growth would occur long after the story in Tiddas finishes. I was relieved to see this successful novelist and alcoholic develop some insight and take charge of her life.

Veronica, a newly divorced woman who is redefining her identity and the carefree Ellen who is content with the occasional fling; play a smaller role in this story but were certainly integral to the dynamics of this close-knit group and also experienced a sense of self-awareness and found a way to take control of their life also.

I was surprised by how much I enjoyed my first Anita Heiss novel; I admire the story she created with five such different women while giving them each the space to shine in the novel. Tiddas is a fascinating book about women, relationships, culture, duty and connection.

Tiddas can be purchased from Fishpond and other leading book retailers