It’s no secret that I love books set in India, increasingly so since my trip to India in 2012. In a Bangalore bookstore, I discovered the popular Indian author Chetan Bhagat and since then have enjoyed discovering new authors and books in Indian literature. In fact my review on 2 States by Chetan Bhagat continues to be one of the most visited posts on my blog in the past two years.

Since discovering my blog, a colleague from Kerala has happily exchanged India- set books with me over the last couple of months. I has thrilled to discover she had another Chetan Bhagat novel. She also highly recommended The Namesake, both of which I’ll briefly review here.

Five Point Someone by Chetan Bhagat 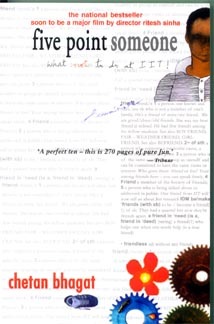 Five Point Someone follows three friends and their adventures of studying engineering at IIT in Delhi. The book’s disclaimer  provides some insight into what to expect from the story-“This is not a book to teach you how to get into IIT or even how to live in college. In fact, it describes how screwed up things can get if you don’t think straight.”

When Alok, Hari and Ryan almost flunk their first quiz they realise from that moment on they will always be on the backfoot, trying to study hard and raise their grades and therefore GPA (grade point average). As five-point-somethings they are considered the outcasts and ‘average’ students that most at IIT would strive to avoid. The story is written in first POV of Hari whom even by the end we know little about his family background, but as a character there is an element of growth. He’s a very passive male lead who at times was very frustrating. There were so many times I wanted him to just take charge, do something sensible or to stand up to those who walked all over him. Even so, it was an easy to read story and I was propelled forward from page to page to find out what the boys would get up to next. While I didn’t enjoy this story quite as much as 2 States, I did enjoy Bhagat’s voice and sense of humour.

The Namesake by Jhumpa Lahiri 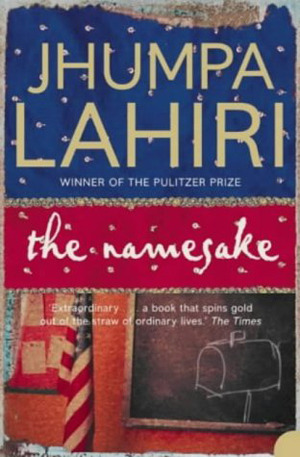 This story is not set in India, but it features a Bengali couple from Calcutta who raise a family in America. They have two children, Gogol and Sonia. The narrator has a strong presence throughout the novel but the reader is really drawn into the three main characters in the story; Ashima and Ashoke and later their son Gogol.

I just loved this book! It really hit home the difficulties faced by migrants in leaving behind their home country, their culture and religion and trying to find their place in strange territory. The opening chapter which introduces Ahima and Ashoke as they expect their first baby. As someone who works in the perinatal field with families from many different cultural backgrounds, their experience really resonated with me. Ashima tried to navigate the Westernised medical systems in a country that thrives on independence which was worlds away from the way in which she would have birthed back in India surrounded female relatives.

Once Gogol is born she realises he has entered the world alone. The next challenge is deciding on a name for their dear son. They are waiting for the name choice to be delivered by mail from Ahima’s grandmother, but legally they must name their son before leaving the Hospital and so Ashoke names him Gogol, after a Russian author who he refers to as his saviour in a near-death experience.

It is with this name, Gogol, that their son straddles two worlds; the Westernised American culture in which he is schooled and the Bengali customs and traditions that his family hold desperately close. In adolescence, Gogol undergoes an identity crisis that takes him into adulthood as he tries to find his place as a Bengali American. The characters are so real and relateable and I just couldn’t put this novel down. The author draws empathy from the reader for each of the characters in the story, they are complex and multifaceted. A character-driven story that looks at the human experience of identity, family and a sense of belonging.

The author won the Pulitzer Prize for Interpreter of Maladies in 2000.

Top 10 Books to Read When You Travel to India