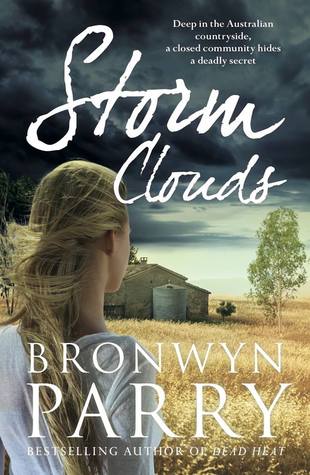 Synopsis- National Parks ranger Erin Taylor loves her job, is falling for her colleague, Simon, and is finally leaving her past behind . . .

Until a woman is murdered. But the victim is not just any woman – she’s Simon’s wife, Hayley. The wife he’s never mentioned. The wife he’s not seen in fourteen years. On the edge of the national park the alternative lifestyle ‘Community of Bliss’ denies knowledge of Hayley, but Simon and Erin suspect otherwise. Erin will have to draw on all her old skills – deception, lying, cheating – to gain the trust of its members and discover their secrets.

As Simon uncovers shocking details about the reclusive group, Erin is drawn further into their midst and finds a web of lies, decades old – and comes face-to-face with the charismatic, manipulative, dangerous leader who will let nothing and no-one stand in his way. On the wrong side of a river in flood that has become a lethal torrent, Erin and Simon must race to expose the truth and prevent a tragedy . . .

Review- Set in a National Park in Northern NSW, Parry takes us back to the setting of her fourth novel, Dead Heat. This loosely based sequel focuses on a new heroine and hero, Park Rangers, Erin Taylor and Simon Kennedy.

It’s inferred very early in the story that Erin and Simon who’ve developed a close friendship have romantic feelings for each other, but this is interrupted when he’s sent overseas on a 2 month commando operation. If that doesn’t put a spanner in the works, then his unexpected return and the discovery of his wife’s body in his home definitely puts some strain on their friendship. There’s a lot of things about Simon Kennedy that Erin doesn’t know, but as she’s a patient and rational woman she’s determined to find out.

Simon becomes the key suspect in the murder of his wife, but it’s not long before another woman is found dead, wearing the same homemade white dress that leads back to a newly settled cult adjacent to the National Park. The rangers and police work together to unravel the strange lifestyle of this self-claimed lifestyle retreat and find the truth about the women’s death.

As usual, Parry writes an intriguing and well-structured crime novel with a plot that twists and turns at every page. I can never fault Parry on her writing style or the way in which she finds the delicate balance between suspense and romance. However, I was disappointed in the characters of Erin and Simon. It’s not that they were particularly unlikeable, I just didn’t find them all that interesting.

They were both so stoic and determined to put on a brave face that they were quite difficult to empathise with or connect with emotionally. I wanted them to have a fault, to completely lose it or do something irrational- but every move was carefully considered and rationalised. Don’t get me wrong, it’s great to see a protagonist like Erin who is confident and secure at the outset- but this left little room for growth for her as a character.

I found myself much more drawn to secondary characters from the investigative team Steve Fraser and Tess, they just seemed a bit more balanced on the strengths and weaknesses ratio. I’m hoping Parry will continue with the series and make Steve and Tess the focus of the next novel!

Storm Clouds definitely lives up to Parry’s reputation of crime thriller, but unfortunately the characters really let the story down, in my opinion. It certainly won’t stop me from reading a Parry novel in the future!