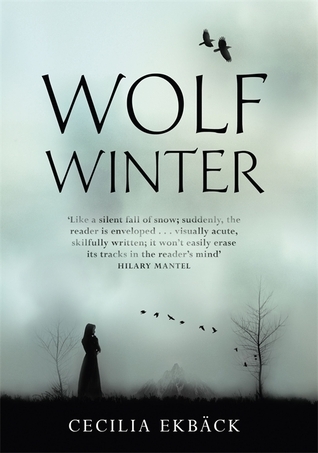 Synopsis- A brilliantly written and gripping historical Nordic Noir thriller with all the intrigue and atmosphere of Burial Rites, the pent-up passion of The Piano and the suspense of The Tenderness of Wolves.

There are six homesteads on Blackasen Mountain.

A day’s journey away lies the empty town. It comes to life just once, in winter, when the Church summons her people through the snows. Then, even the oldest enemies will gather.

But now it is summer, and new settlers are come.

It is their two young daughters who find the dead man, not half an hour’s walk from their cottage.

The father is away. And whether stubborn, or stupid, or scared for her girls, the mother will not let it rest.

To the wife who is not concerned when her husband does not come home for three days; to the man who laughs when he hears his brother is dead; to the priest who doesn’t care; she asks and asks her questions, digging at the secrets of the mountain.

They say a wolf made those wounds. But what wild animal cuts a body so clean?

Review- Wolf Winter is a ‘historical Nordic Noir thriller’ set in the 1700’s in Swedish Lapland that’s been compared to the award-winning Icelandic novel Burial Rites.

The story is set on Blackasen Mountain where six homesteads lie. There’s an empty town one day’s journey away. Entering the small fragmented community is a new family of settlers. Maija, her husband Paavo and their two daughters Fredericka (14yrs) and Dorotea (8).

Soon after their arrival, the girls stumble across a body near their cottage; the man’s been cleanly slashed down the middle. The villagers claim it was a wolf or bear, but Maija is adamant that the injury causing death was perpetrated by a human. One of their own. Maija will stop at nothing- no matter who she upsets- to uncover the man’s murderer. The local Priest, also newly arrived, reluctantly joins her and soon the pair are undergoing an uneasy investigation. On Blackasen Mountain there’s a power struggle between mountain and people, and between the families in the settlement.

After their cow dies (and with it their milk/ meat supply), Paavo goes to the coast to get a job, just before the snow sets in. Known as a Wolf Winter, Maija and her daughters must fight to survive against the elements of the cold, lack of food and heating, and isolation.

That’s as far as I’ll go into the plot, because I don’t want to spoil it. Wolf Winter is a wonderfully written story that does compare favourably to Burial Rites (read recently and rated 5/5), in the sense that it’s a brooding historical novel where the star character is the setting, Blackasen Mountain in Sweden. I don’t feel like I ever really got to know the human characters in much depth, but I was drawn to them, particularly Maija and Fredericka and the inner conflict they faced. There’s a blurry line between reality and the supernatural, so much so that I was often left questioning what was real and what was imagined. This element to the story really draws in the reader; it adds layers to the suspense and complexities of the characters. I can’t really describe why I loved this book as much as I did, but it took me on a journey and I didn’t want it to end.

Leave a Reply to The Australian Bookshelf Cancel reply