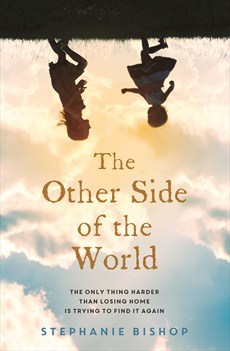 The Other Side of the World by Stephanie Bishop

Synopsis- Cambridge 1963. Charlotte struggles to reconnect with the woman she was before children, and to find the time and energy to paint. Her husband, Henry, cannot face the thought of another English winter. A brochure slipped through the letterbox gives him the answer: ‘Australia brings out the best in you’.

Charlotte is too worn out to resist, and before she knows it is travelling to the other side of the world. But on their arrival in Perth, the southern sun shines a harsh light on both Henry and Charlotte and slowly reveals that their new life is not the answer either was hoping for. Charlotte is left wondering if there is anywhere she belongs, and how far she’ll go to find her way home…

Review- This book turned up unexpectedly for review but I was drawn in by the premise and that the book was set across both England and Australia, so decided to read it.

Set in 1963, there is growing tension between Charlotte and her husband Henry. She is struggling with motherhood and Henry dreams of far away (warmer) destinations. He is tempted by a brochure promoting job opportunities in Australia and despite Charlotte’s initial resistance she does agree to relocate with him in the hope that a new start would bring them closer together. Unfortunately it does the opposite. Henry’s reality does not quite live up to his dreams and Charlotte cannot bear to call the hot, dusty Australia her home.

The Other Side of the World is a character driven novel that unearths the fears and realities of a young family who are trying to find their way in the world. I do have mixed feelings about this book. on the one hand it felt remarkably realistic and believable, but on the other hand I felt the characters were frustrating and self-absorbed. While I could understand and sympathise with Charlotte’s predicament, I didn’t find her the least bit likeable. Charlotte and Henry’s experiences were very much internalised and I felt a big disconnect between them throughout the story (which was the point!), but that’s what I found frustrating, that this couple couldn’t just be honest with one another about how they felt. The biggest letdown for me was the ending, I just couldn’t see how Charlotte and Henry could move forward after what had happened and it left me feeling a bit underwhelmed. To go on the journey throughout the whole book with them, only to not really know what happens next- like the biggest part of the story is what happens after the book is finished.

Though a well-written novel and engaging, my dislike of the characters really got in the way of me being able to truly enjoy what this story was trying to evoke in the reader.

3 thoughts on “Aussie Book Review: The Other Side of the World by Stephanie Bishop”